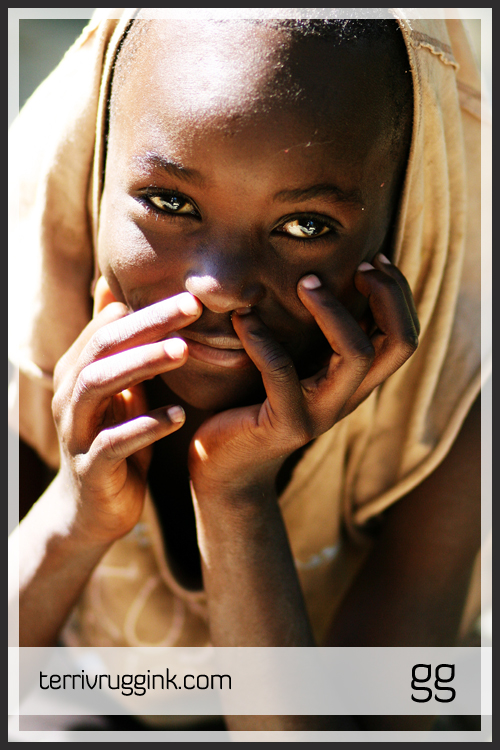 So you will not believe where I’ve been. I got on board with a team from Mission Possible, out of Findley Ohio, to document their work near Sainte Marc, Haiti. View more of my photos HERE. I had already accomplished 3 days of photographing their schools and church and I was alone in the girls dorm room sitting on my bed editing photos on my laptop when the Earthquake struck.

It was perfectly quiet outside and all of the sudden it sounded like a train was coming through. The whole building started shaking quite violently and at first I could not the second story room but the quake threw me back on the bed.  I tried again and made it downstairs and outside where half of the team on the compound had gathered in the shagoon. All around us in the neighborhood people were just screaming. We were able to get online with the satellite internet and soon after realized the quake was severe. We were around 40 miles North of the epicenter. That night we unloaded the Mission’s medical storage room for drop off at the hospital north of us in Sainte Marc. The hospital was very grateful for the supplies and the head Dr. was purported to have only accepted the job a week prior! We experienced aftershocks for the next 24 hours, one of which I felt in the night and was quite strong I didn’t sleep much Wednesday morning we headed south to one of the Mission’s schools to check on their condition and I photographed several children and families as well as crumbled buildings along National Highway One, which leads from Port Au Prince through Sainte Marc. By Thursday the Mission had determined they needed to evacuate us. That was a tough call all the way around and we were sad to leave but did not have the proper training, supplies, or back-up to be of help after that and we did not wish to become liabilities for the rescue efforts. We drove West of Port Au Prince, about 4 miles from the capital, and were greeted with people walking with their belongings as well as truckloads of others, all fleeing the city. There were some gruesome sights along the way, only some of which I could bring myself to document. It took us most of the day to get to the Dominican Republic and we found a hotel in Barahona. We spent Friday morning at another school run by the mission and then went to the hospital where many Earthquake victims were arriving. The hospital system there is different and if you want supplies such as and IV or sheets, you have to supply that yourself. As many of the victims were alone or without cash for supplies we sent a team to purchase what supplies were currently needed. I documented that hospital as well.Friday afternoon a wonderful lunch was prepared for us by our Dominican hosts and afterward I burst into tears, I was so overwhelmed by the fact that I was getting to eat. Our flights were secured out of Santo Domingo on Saturday morning but it was not without great guilt that I left. I do have to say this- the people of Haiti were already the neediest people I have seen prior to the Earthquake. Now, they are desperate. Please do what you can and keep Haiti in your thoughts and prayers. They are good people, and people matter.

(There was some news coverage as well, here are a few of the links: USA Today,  Detroit News, Detroit News and the  Grand Rapids Press)

This entry was posted in News.